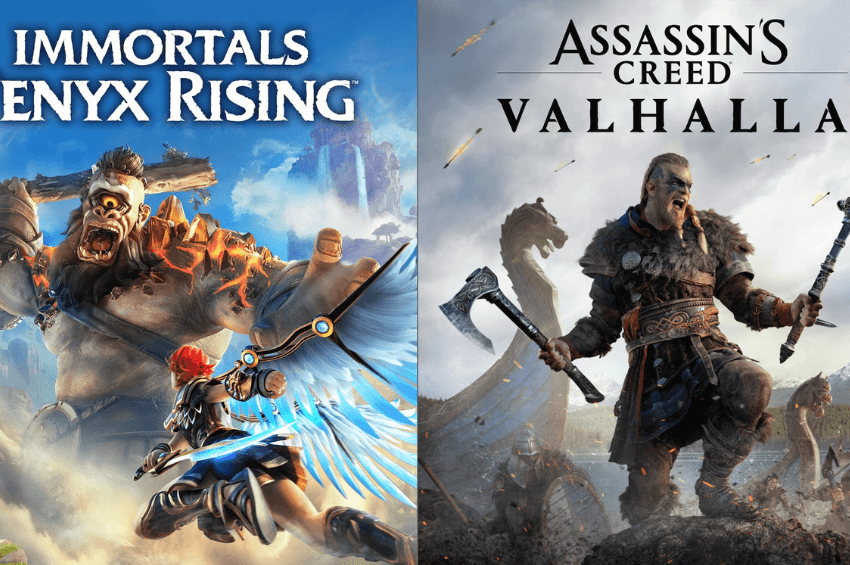 Assassin’s creed valhalla vs immortals fenyx rising Action-adventure games with open worlds are frequently released by Ubisoft. But since Assassin’s Creed Valhalla and Immortals Fenyx Rising both come out within a month of one another, they are in direct competition with one another. Given that the holiday season is quickly approaching and that many people won’t be able to afford or find the time for both, I thought I’d compare and contrast the two games. In this manner, potential gamers will have a better idea of which they will prefer to the other. This might also be helpful for AC fans who are debating whether to buy Immortals. Since there is already a tonne of information available on the other game, I’m going to concentrate largely on Immortals here.

First of all, Immortals and AC Valhalla share a lot of similarities. Immortals certainly possess the DNA of the Assassin’s Creed series despite not being an Assassin’s Creed game. Although it feels different, Fenyx can climb anything and everything like an AC protagonist. They are less agile than their AC counterparts and must use stamina to ascend. Fenyx doesn’t cover as much territory as the AC movement does, but it also doesn’t focus on “grab onto everything and parkour.” Additionally, Fenyx has the ability to glide and jump, which makes Immortals’ mobility totally different creature from what you would be accustomed to.

There are also a lot of obvious parallels in fighting. Truthfully, Immortals borrows more from Odyssey than Valhalla, which makes it logical given that both games were created by the same person. Immortals, though, have wider and more cartoonish combat. In contrast to Valhalla, Fenyx only receives a sword, axe, and bow. Because of this, there is far less room for experimentation and your attacks remain constant.

The emphasis is largely on expanding the repertory by learning new abilities. In comparison to AC‘s more extensive selection of assignable talents, Fenyx only has six. Since they draw from stamina rather than using up entire bars of adrenaline, the trade-off is that you use them much more frequently. In Immortals, parrying functions similarly to how it does in Odyssey, except that two buttons are pressed as opposed to Valhalla’s one press.

The way the games manage their universes is where there is the most difference. In contrast to Immortals, AC Valhalla‘s artwork is cartoonish and vividly colored. A striking contrast is created by the fact that one of them is obviously a fantasy game. Invaluable cozier and more inhabited seems like the world of Valhalla. Additionally, it occupies the space much less densely than the other one, which makes sense given the wider map. There are some similarities in how the two games manage side material, but they have quite different game design philosophies.

Breath of the Wild heavily influenced Immortals, yet you still scout from a vantage point to reveal a portion of the world. All of the activities in Immortals require you to seek in first-person perspective and find each one separately, whereas Valhalla still includes this fill in all of the activities.

There are many chests to be found in both games, and while Valhalla frequently requires you to figure out how to enter a house or place in order to access chests, Immortals frequently barricade them off with puzzles. The two games‘ approaches to those side pursuits, though, differ significantly. In Immortals, there are no human characters because they have all been transformed into stone. In the meantime, NPCs with interesting tales to share are proliferating in Valhalla. When it comes to plot campaigns, Immortals mostly focuses on finishing the quests for four disabled gods; these are comparable to the arcs in Valhalla.

Both games share many characteristics, but they also each have their unique advantages and disadvantages. Valhalla is considerably longer than Immortals, which is also sillier and offers more expansive movement and fighting. A more brisk, vibrant fantasy adventure, or a narrative-driven conquest that moves slowly. Depending on your mood and personal preferences, you’ll decide which one you like best.