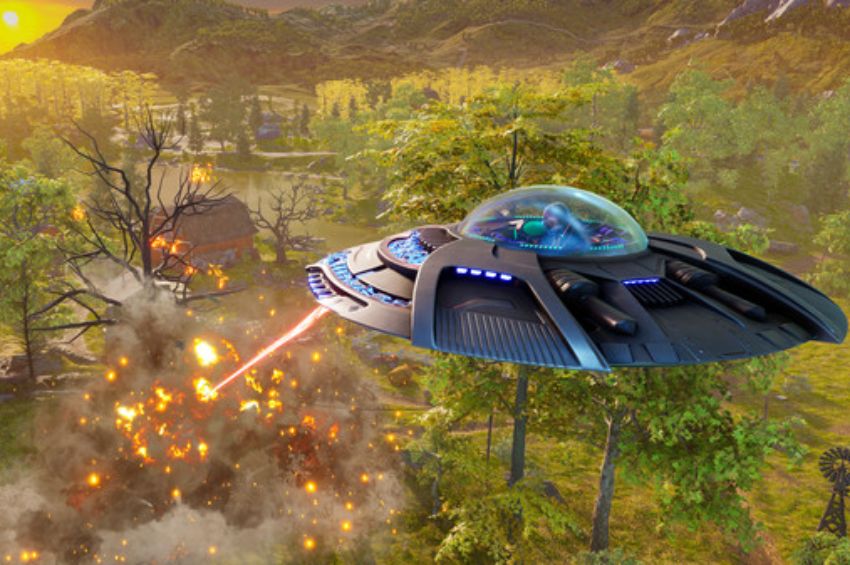 Destroy all humans ending explained Everyone is rattled by Destroy All Humans 2 Reprobed’s shocking conclusion. There will inevitably be some boundaries breached that we humans may view as taboo when an omnipotent alien has so much power that it can do whatever it wants on Earth. What precisely occurs at the game’s conclusion, Destroy All Humans 2 Reprobed? We’ll do our best to explain but proceed with caution as there are spoilers in this section.

Despite wearing spacesuits, Crypto and Natalya share a kiss in space. The happy ending is, however, cut short when Natalya receives a laser blast to the torso and collapses. This infuriates Crypto, who vows revenge on Malenkov, the KGB director.

Malenkov was a Blisk alien trying to subjugate Earth by deceiving the Soviet Union. The ultimate clash on the Moon’s surface marked the end of the hostile takeover plot by the evil extraterrestrials. The planet has been saved by Crypto, a substantially less malevolent extraterrestrial who has developed an affection for humans.

The final scene then shifts to Crypto in Japan, where he lounges on a beach and admires a far-off snowy mountain when the Holopox interrupts him. Crypto asserts that he was working on a science project when his employer called, and he could not respond. His employer is scolded and thrown into the water as Natalya exits the scene wearing a bikini. She also has entirely new, upgraded psychic abilities.

Destroy all Humans Ending Explained: Natalya did pass away after Malenkov shot her in space. In Destroy All Humans 2, it is revealed that Crypto cloned Natalya so he could finally have a sexual encounter with her. As a result, the Natalya we meet in the epilogue is only a clone, and the real Natalya has already passed away.

The Path of the Furon makes this clear. Natalya is merely a clone, and they regrettably have limited lives. She dies before Crypto opens his casino and doesn’t make it through the 1970s.

Is there a sexual scene between Crypto and Natalya in Destroy All Humans 2 Reprobed?

There is a strong implication that Crypto and Natalya had intercourse. At least Crypto had sex with Natalya’s clone because he forced her to sleep with the stunning KGB operative. Despite the fact that Destroy All Humans 2 Reprobed is rated T and no explicit material is displayed on screen, Natalya’s description of Crypto as voracious almost verifies it.

The first version of Crypto from Destroy All Humans lacked genitalia. This is due to the Furons’ use of cloning to reproduce. In Destroy All Humans!, the cryptography Since becoming the first Furon to possess genitalia, 2, he has developed an obsession with human women.

The remake of Destroy All Humans 2 is excellent. By no means is it flawless, but with all the activities available, it does seem more enjoyable than the typical open-world fetch quest game that takes a player a thousand hours to complete.

The tips and methods in this Destroy All Humans 2 Reprobed guide are all about how to have a better gaming experience. The discovery of some of these occurs during gameplay, while others are the result of poorly stated mechanics.

If you SKATE first before activating the jetpack, you can fly much further with it. The additional momentum allows you to ascend higher and more quickly by quickly raising the height.

Your target will be levitated with PK by tapping R1. Holding R1 will turn the aura field crimson and turn the thing or person you’re holding into a projectile. R1 must be released to fire the shot. A person can cause a lot of harm when thrown at another human, but most of the time it won’t be enough to kill them.

By pressing (Triangle), you can return to levitation mode if you don’t want to carry a gun around.

You can activate psyslam mode by pressing (R3 + L3) while levitation mode is activated. The aura turns white as a result. You can jab a person or object into a target by pressing R2. The held target is forcibly slammed to the ground by pressing L2. Probably murdering the intended target.

Get a subordinate to follow you without question by using mind control. If that person possesses a gun, they will do all in their power to keep you safe.

To increase the target’s Bodysnatch metre, you can rapidly leave a body snatch and use it on them again. If you can accomplish it while hiding, hopefully the unconscious individual is still present.

Get your target of interest to “Follow” you first, and then when they are in a private area, you can do another “Bodysnatch” on them.

Strangely enough, you can bodysnatch a random person and travel the world in their place. You will still be in the host body when you arrive at the new landing location. If travelling the world as a ninja suits your fancy, you can do so.

You can utilise the Free Love weapon’s Party Time effect to reenergize your bodysnatched host in addition to using it to create a distraction to get out of any unpleasant circumstances. It is the only “weapon” you can employ when within a host, thus you don’t have many options.

Attacking related structures may help if you’re having trouble finding a certain type of people for your Gene Blender. The best technique to get police officers to leave is to fire death rays at the police station. For other factions, like the Yakuza and the Russian Mafia, you’ll need to find their restricted zones first and those buildings can become your targets.

There are very few blue Furotech Reactors in existence. They are utilised to fully improve both armour and weapons. Utilize your brainpower to refund reactors and apply them to a different gear, or use them carefully.

Keep a record of the shapes you can see on the mini-map and on the screen. The primary goals are yellow hexagons. Diamonds and white hexagons are side objectives. Only those white forms and no other ones move the side targets forward. On some missions, completing side objectives is a surefire method to unlock cosmetic items and furotech cells.