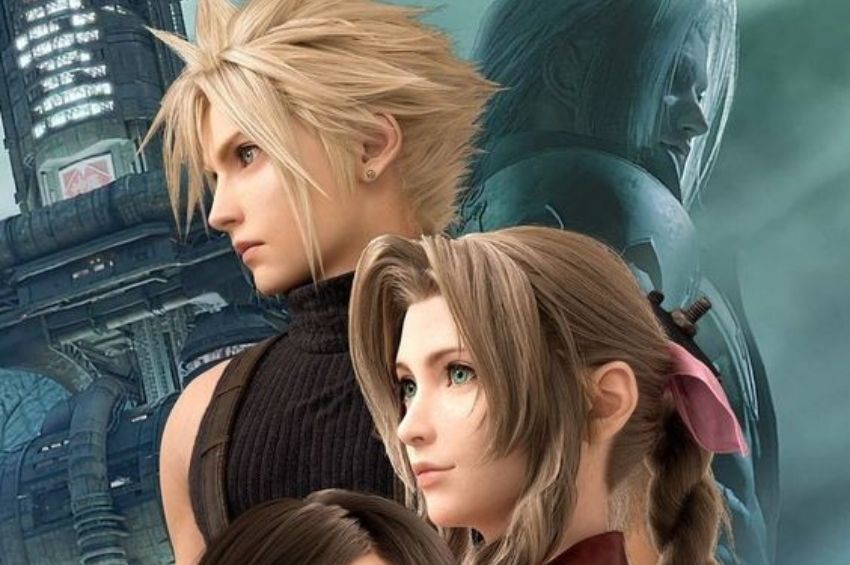 final fantasy 7 ever crisis I never did finish Final Fantasy 7, got bogged down by random encounters, and eventually gave up. If I’d been 13 years old with all the time in the world maybe I would have, but even then it seems like disc one’s Midgar is the part most players reminisce about. This is why the remake turning that cyberpunk city opening into its own 35-hour modern prestige videogame sits fine with me.

In Final Fantasy 7, Remake Cloud still acts all stoic and alienated, but the contrast between that and the goofy world he’s in feels more deliberate. This is a place where poor people get around by riding giant chicken birds, where the manifestation of pure evil is a walking house that shoots missiles, and if you get in trouble you can summon a tiny cactus badass to help out. It’s hard to be Captain Serious Business when a lizardman turns you into a toad, or you have to call on Fat Chocobo in a boss fight.

The remake rubs Cloud up against the setting’s goofiness in a self-aware way, especially in sidequests involving the children of the slums. He wants to be a mercenary, but half his jobs involve rounding up or working directly for the local kids. He competes in their whack-a-box game, tracks down their missing cats. One kid cosplaying as a fuzzy Moogle makes him collect “Moogle medals” to exchange for treasures. Cloud’s tough-guy act is constantly deflated by his circumstances, and not just in that one bit where he puts on a dress.

Eventually, Cloud starts offering the kids a “special discount on toad kings” and giving advice on how to follow your passion. Contrasting a hardened hero with innocent kids is a classic storytelling move, from Lone Wolf and Cub to The Mandalorian, and in Cloud’s case, it forces him to act like an adult instead of the moody teenager he has the mental age of—to be a human instead of a stereotype.

This all happens in the first couple of sidequest hubs, areas where a lot of the remake’s new additions take place. First Tifa and then Aerith drag Cloud around their neighborhoods, introducing him to everyone. Tifa’s landlady is particularly unimpressed, telling her not to bother with a guy who has no personality just because he’s got a “big sword”, nudge, nudge.

These sequences add a lot to Midgar, which can sometimes feel like a nonsensical mash-up, with old-fashioned pickup trucks alongside cyberpunk motorbikes, cowboys, and wizards. The remake doesn’t make Midgar realistic, but it does show enough of the ordinary life of its inhabitants that you care whether they get blown up. You want to save these gangs of misfit urchins and feisty matrons by fighting for them.

Hiroyuki Ito, working as a battle designer on Final Fantasy 4, came up with its Active Time Battle system because he liked Formula 1 racing. Watching the fastest drivers lap the others, he decided to incorporate speed into what had previously been turn-based combat. By Final Fantasy 7, the ATB system was entrenched. I hated it.

The basic idea is that you’re only allowed to tell a character what to do once their ATB gauge is full. It’s a game of hurry up and waits. When the gauge is filling, there’s nothing to do but watch, and then as soon as it’s full you rush through the menus to select an attack or drink a potion or whatever as quickly as you can. All so you can get back to watching the bar fill again.

The intent was to make you feel pressured, but it builds more annoyance than tension. You’re either waiting for the game to let you play while nothing happens, or frantically navigating a menu, fighting against the abstraction that should be getting out of your way. Even if you set it to the mode that pauses time in menus, you still have to wait for the bars to fill up before you’re allowed into them.

At first, the combat in Final Fantasy 7 Remake looks like an action game. Characters launch combos, they block and dodge in real-time. They still have ATB bars that fill up while this is happening, broken into chunks that can be spent on special abilities, but if you just watch it being played it seems like any other test of your button-pressing reaction speed. In the play, it’s something quite different.

Those dodges don’t have invincibility frames, and some of the attacks have a lot of commitment—Cloud’s big sword needs some big wind-ups. What matters is spending ATB bars to cast spells or fire off special attacks, and those bars fill up much faster when you’re controlling a character.

It’s an odd dance and the game doesn’t teach it super well, but the ideal way to play is hopping between characters like a psychic frog, building up their ATB bars, choosing a special, then hopping over to the next while the animation goes off. Cloud’s got an attack called infinity end that costs two bars and does a heap of damage, but it takes ages to play out. Instead of sitting there watching an admittedly slick animation, you jump over to someone else and get the next move going.

This plays into the stagger mechanic. Build pressure on an enemy—enhanced by targeting specific areas, exploiting elemental weaknesses, and so on—and they’ll be stunned. As well as being unable to attack, staggered enemies take more damage, multiplied by a percentage that can be increased by some attacks. Push that percentage way high, and when it peaks you’re in a perfect position to slam down a high-damage finisher like infinity’s end.