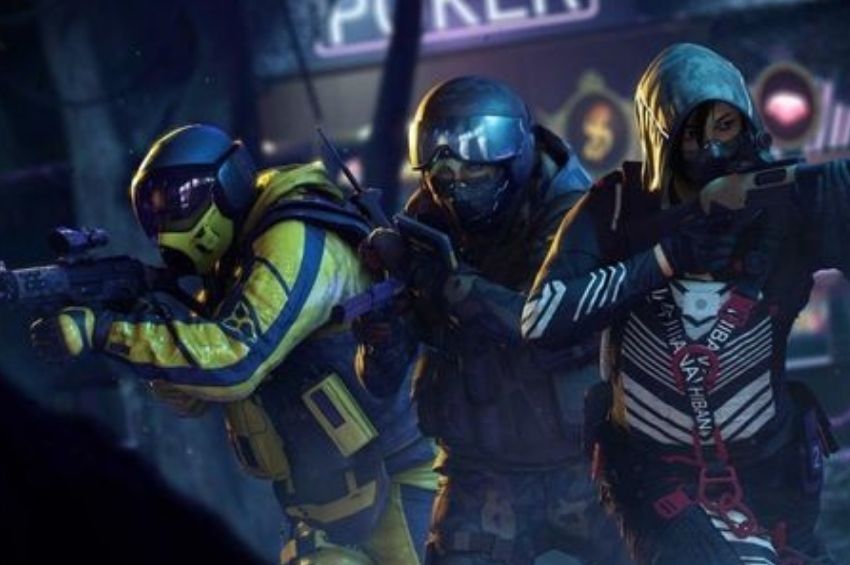 Rainbow Six Extraction Xbox was announced in a world we no longer live in: the world of 2019. Back then, the co-op Siege spinoff FPS was called “Rainbow Six Quarantine” (ha!). It was an unlucky time to be making a game about a parasitic virus, but a great time to bring back the dormant co-op zombie shooter. Siege’s 2018 Outbreak event was a brief but excellent taste of what Left 4 Siege could be, and I hoped Extraction would blow that 2-hour mode out into a sprawling collection of campaigns.

Three years later, not only is Extraction one of many co-op shooters on the block, but it’s hardly recognizable from the original Outbreak campaign. It’s the anti-Left 4 Dead—a precise, grueling survival game about keeping your head down and never poking the bear. If you do, Extraction’s sadistic AI takes over, eager to punish the smallest lapse in judgment.

It’s a mean game that can produce some great thrills, but its strict rules make some awkward design choices stick out. Extraction is also a smaller game than I anticipated—Ubi’s decision to lower its price to $40 and introduce it to PC Game Pass at launch makes sense now. I really liked mastering each of the dozen objective types and maps, but missions start to get the samey really fast.

Extraction missions are, at their core, maps with three objectives randomly pulled from a pool of 12. Objectives have to be tackled in order, with each one occupying its own chunk of the map.

Your squad of three (or just you, if you’re flying solo) are dropped into these locales with no other context than the current task at hand. There’s no campaign with connecting goals like “find the safe room” or “cross this rickety bridge.” You simply do the job and get out with as much XP as possible. During the first 10 hours, when I was learning how each objective worked and trying out operators, the sparse format worked. Every mission was throwing one or two obstacles my way I hadn’t seen before, be it a new alien enemy (called Archaeans) that can plant sneaky flash bombs or a modifier that makes the black “Sprawl” goo slowly coating every surface hazardous to step on.

I also died a lot early on, way more than I usually do when I pick up a new FPS. It took a while to realize you can’t play Extraction like other co-op shooters. Where Back 4 Blood is about managing hordes while running to the next goal, sprinting around a building full of Archaeans is asking for death.

My squad was always better off when we crouched or walked everywhere, carefully choosing which enemies to engage or avoid. The format is seemingly inspired by the stealthy gameplay of GTFO, a survival horror co-op shooter that recently escaped early access. Operators can go down in just a few hits from Archaeans, and even if they survive an encounter, they can never get lost health back permanently. Health can be temporarily restored by medkits or gadgets like Doc’s stim pistol, but it fades over time. This fragility builds tension as we step deeper into enemy territory trying not to alert an Archaean long enough for it to scream. A screaming  Archaean is kinda like alerting the witch in Left 4 Dead, except way worse because every nearby nest starts spawning enemies until destroyed.

Things get a lot less balanced when you crank it up to Severe or Critical difficulty. With the heat turned up, basic navigation becomes a chore. Bigger enemies won’t go down in a single shot to their weak point, and even if you kill them fast, they’ll still probably alert everything within earshot and kickstart every nest to spawn more of them. There’s seemingly no limit to how many Archaeans can spawn from a nest, so if we couldn’t destroy every nest before that happened, they’d pump out more aliens than we could reasonably shoot.

This can get frustrating not only because dormant and active nests look and sound basically the same, but because it basically doesn’t matter how well we perform after a billion enemies show up. Best case, we extract from the mission early and take a loss, which usually means a small enough XP reward that it wasn’t worth our time in the first place. Worst case, we soldier on and probably die, which just creates a new annoying chore. Characters lost in the field become “MIA” operators who can’t be used again until you rescue them on a subsequent mission. I like having to switch up my operator choice when they’re injured or go MIA, but having to do the same mission for every rescue gets old fast.

Back 4 Blood also had early trouble with difficulty tuning. Similarly, I think Extraction could use some adjustments to enemy spawn rates. What I’ve encountered feels less like an AI director dynamically deciding what we can or can’t handle and more like an open faucet randomly spewing out powerful enemies unless we shut it off.

For how much of Extraction can be confusing, it’s nice to tab over to the Operators and see a bunch of familiar faces from Siege. Ubi has plucked 18 operators from its existing roster and lightly modified their existing kits to suit alien zombie murder (they aren’t Rainbow Six ops anymore, they’re members of REACT).

Most operators slot in pretty well to PvE action—Doc and Finka’s healing tech and Rook’s armor plates needed virtually no changes. Others have been slightly tweaked, like Pulse and IQ’s sensors, which now detect nests and spare ammo from a distance instead of heartbeats and enemy gadgets. It’s cool to see operators that I’ve never really jived within Siege become favorites in Extraction. Alibi’s holographic decoys are pretty blah in a PvP setting, but they’re amazing for luring Archaeans away from me.

I also love that you can level up operators with permanent upgrades, like extra stim shots for Doc or a longer range scan for Pulse. After years of using these operators in a static configuration that’s carefully balanced to be good, but not too good, it feels great to “overclock” my favorite operators past their Siege limits. Ever wish that Rook could run twice as fast or Sledge’s hammer could make gigantic holes in walls? Now they can.

It’s a shame that most of the operator gadgets (and side gadgets) are only situationally useful. Hibana, one of Siege’s most popular operators thanks to her hard breaching pellet launcher, is basically just a slower way to throw an impact grenade in Extraction. Jäger’s ADS turrets are nice to take down a few enemies before they blow up, but they’re too slow and clunky to deploy in a fight. IQ can find ammo across the map, but it’s not hard to find stuff without her. Because of Extraction’s high lethality, our squad could rarely justify bringing operators who don’t contribute to armor or health in some way.