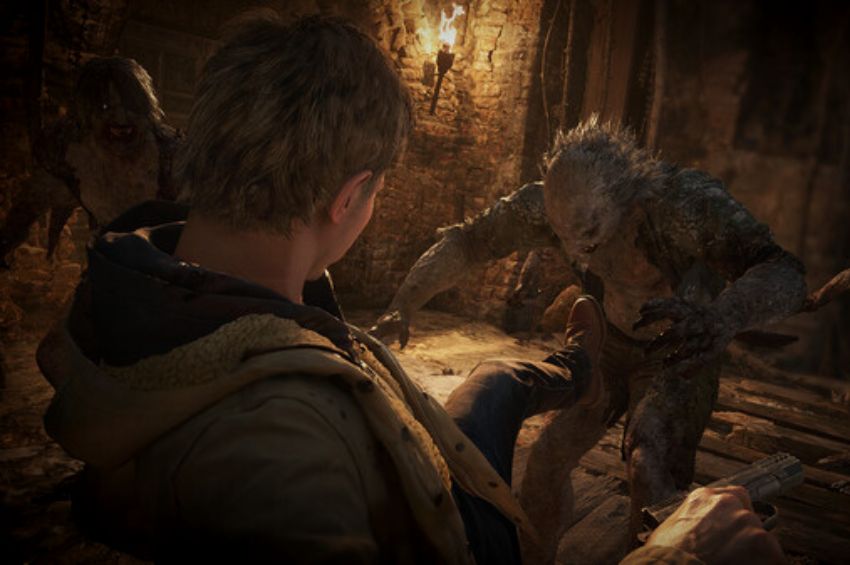 The major attraction of the Winters’ Expansion is Shadows of Rose, which casts players in the position of Rose, Ethan’s superpowered daughter, as she returns to well-known settings from the original game. Now a teenager, Rose wants nothing more than to be free of her abilities.

To hunt for a purifying crystal that will remove her powers and let her live a regular life, Rose must first connect with a sample of Megamycete left over from the events of Resident Evil Village. Through this connection, Rose can explore “memories” of the titular village.

Anyone going into Shadows of Rose expecting major revelations or hints at what Resident Evil 9 has in store will be disappointed because the tale is predictable and unsatisfying. Rose, on the other hand, at least has a lot more personality than her father and is an interesting character. Shadows of Rose presents The Duke, who served as the merchant in the original game, as one of the main adversaries. He also serves as a highlight of the narrative, but the plot overall is somewhat weak.

Most Resident Evil stories have avoided supernatural fear and provided rationalizations for their monsters and superhuman characters. Shadows of Rose uses its peculiar concept as a springboard to plunge headfirst into unnatural horror components, opening up the possibility for horrors and psychological gimmicks that Resident Evil has rarely had the chance to explore in the past.

In reality, one of the scariest Resident Evil experiences accessible, Shadows of Rose, doesn’t let this chance slip by. To go into detail would be to ruin the surprises, but there are a few particular moments in the DLC that might rank among the spookiest in Resident Evil history.

The game is dependably unsettling from beginning to end because of the Shadows of Rose monsters and Resident Evil Village’s top-notch soundtrack design. In contrast to the Dementors from the Harry Potter books, the monsters this time are ghastly, screeching humanoids that drain Rose of her life energy. In classic Resident Evil style, players must craftily evade these foes if they want to survive because trying to combat them head-on is frequently a waste of resources.

In addition to having access to conventional weapons to defend herself against the animals she faces in the DLC, Rose also has unique abilities. Rose can freeze enemies in place, giving her a chance to flee or shoot them without worrying about repercussions.

In the Shadows of Rose DLC, players must negotiate narrow halls, particularly in the scenes placed inside Lady Dimitrescu’s castle. Therefore they must exercise caution when using Rose’s abilities. If players aren’t careful, they could freeze an adversary in a position where it’s obstructing Rose’s forward progress, leaving her vulnerable to a back attack.

Combat in Shadows of Rose isn’t given much attention due to the game‘s limited ammo and foes that may be killed in a few strikes. Even with Rose’s unique abilities, avoiding enemy encounters is usually your best bet in this expansion’s retro-style Resident Evil gameplay.

When it comes to the overall design of the experience, it also draws inspiration from earlier Resident Evil games. Here, players are urged to explore, solve riddles, and locate keys that unlock doors to new locations.

Even though the majority of the settings in Shadows of Rose—including the aforementioned Lady Dimitrescu castle—are reused from Resident Evil Village, the DLC gives them a fresh flavor. Using her abilities to get rid of the toxic gunk and access previously inaccessible regions, Rose must navigate the dangerous gunk that has overrun the area.

Even those who have played Resident Evil Village a lot will be surprised by the new adversaries’ deft placement, and Rose’s special abilities bring an intriguing twist to the game’s main gameplay. In addition to all of that, Shadows of Rose is played in the third person, which is a significant improvement.

Both Resident Evil Village and Shadows of Rose had stunning visuals, but because of the third-person camera’s pulled-back perspective, the environment’s finer elements didn’t stand out as much as they did in the original game. However, the change to a third-person viewpoint dramatically contributes to making these regions feel new. Resident Evil Village is at its best when played in first-person, as was Capcom’s original goal, although players can now play the whole base game in third-person if they so want.

Resident Evil Village’s third-person mode is intriguing, and Shadows of Rose is fantastic, but those aren’t the only additions made to the game as part of the Winters’ Expansion. The Mercenaries mode has new stages and characters, including Chris Redfield, Heisenberg, and the notorious Lady Dumitrescu, that players can check out.

The new Mercenaries option will be entertaining for those who appreciate Resident Evil Village’s action, but it’s unlikely to keep most players’ interest for very long. Heisenberg and Lady Dimitrescu are undoubtedly the two most intriguing personalities in the group. Thus, it is frustrating that gamers must uncover them.

Resident Evil Village’s Winters’ Expansion is an excellent addition to the game and a terrific expansion that fans of the series shouldn’t miss. Although the story in Shadows of Rose is unimpressive, the gameplay is utterly vintage Resident Evil, and the Mercenaries additions should at least appeal to fans of that action-packed game mode.