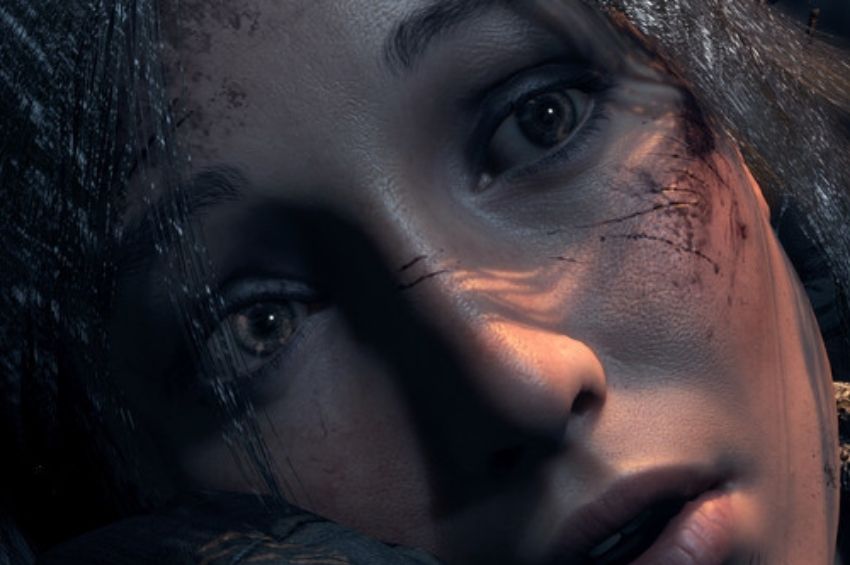 Rise of the Tomb Raider: 20 Year Celebration includes the base game and Season Pass featuring all-new content. Explore Croft Manor in the new “Blood Ties” story, then defend it against a zombie invasion in “Lara’s Nightmare”. Survive extreme conditions with a friend in the new online Co-Op Endurance mode, and brave the new “Extreme Survivor” difficulty. Also features an outfit and weapon inspired by Tomb Raider III and 5 classic Lara skins. Existing DLC will challenge you to explore a new tomb that houses an ancient terror in Baba Yaga: The Temple of the Witch, and combat waves of infected predators in Cold Darkness Awakened.

Rise of The Tomb Raider Features

Lara’s Journey – Lara uncovers an ancient mystery that places her in the cross-hairs of a ruthless organization known as Trinity. As she races to find the secret before Trinity, the trail leads to a myth about the Lost City of Kitezh. Lara knows she must reach the Lost City and its hidden secrets before Trinity. With that, she sets out for Siberia on her first Tomb Raiding expedition.

Woman vs. Wild – In “Rise of the Tomb Raider,” Lara battles with not only enemies from around the world but the world itself. Hunt animals to craft weapons and scavenge for rare resources in densely populated ecosystems. You’ll encounter beautifully hostile environments, full of treacherous conditions and unstable landscapes that will require Lara to push her limits to the very edge.

Guerilla Combat – Use the environment to your advantage, scale trees and dive underwater to avoid or takedown enemies, configure Lara’s gear, weapons, and ammo to suit your play style from stealth to guns blazing, craft explosives on the fly to sow chaos, and wield Lara’s signature combat bows and climbing ax.

Return to Tomb Raiding – Tombs are back, and they’re bigger and better than ever. In “Rise of the Tomb Raider” you’ll explore huge, awe-inspiring ancient spaces littered with deadly traps, solve dramatic environmental puzzles, and decipher ancient texts to reveal crypts as you take on a world filled with secrets to discover.

Rise of the tomb raider

Rise of the Tomb Raider was originally released exclusively on Xbox One and 360. The Windows PC version followed a few months after, but the PS4 release did not occur until nearly a year after the initial launch. For links to additional media coverage, including the announcement of the PS4 release and 20 Year Celebration edition, check out the various ROTTR posts on Stella’s Tomb Raider Blog. The list of bullet points below includes a spoiler-free overview of the game.

Consider selecting the Survivor difficulty level right away. It is not very demanding, because developers have put more emphasis on combat than on exploration in the Rise of the Tomb Raider. Choosing this difficulty level will not only allow you to get a better feel of the game‘s atmosphere, but also earn one of the trophies much faster. If you were playing on one of the lower difficulty levels, you would have to complete the game at least 2 times to unlock the platinum trophy.

Carefully explore all locations in the game. Rise of the Tomb Raider rewards you with a careful exploration of the maps – this allows you to renew your supplies in the first place, but also to hunt animals, collect various secrets, and discover optional tombs. However, it is worth noting that you don’t have to examine the location 100% while visiting it for the first time. You can return to previous areas later in the game to, for example, find the secrets you missed and complete the exploration.

There are 9 tombs in the basic game version and it’s worthwhile to explore them all on an ongoing basis. The main incentive to behave in this way is the ability to unlock new skills. Each explored tomb grants you a new ability. A newly unlocked ability can, for example, increase certain damage inflicted by Lara or provide additional regeneration of health. All this helps you to survive and keep Lara alive.

Each location has a list of challenges and it is worth checking them before you start exploring the area. You’ll know what you’re looking for during your examination of a particular place. The challenges have been described in the treasures and secrets chapter of our guide. These include destroying certain types of objects or igniting a torch.

Try to get a lockpick as early as possible. This is a unique gadget, thanks to which Lara is able to open closed chests with valuable loot. You can’t obtain a lockpick as you make progress in the main story of the game. You have to complete a Cut Short side task and the whole process has been discussed in more detail on How to get a lockpick? page of our guide.

Use different varieties of bow arrows. You don’t have to limit yourself to standard bow arrows. Poisoned arrows can prove particularly useful, which inflict damage on hit and cause damage over time. Poison arrows may also come in handy if you want to easily kill a bear encountered in the Siberian Wilderness chapter which takes place in the early stages of the game.