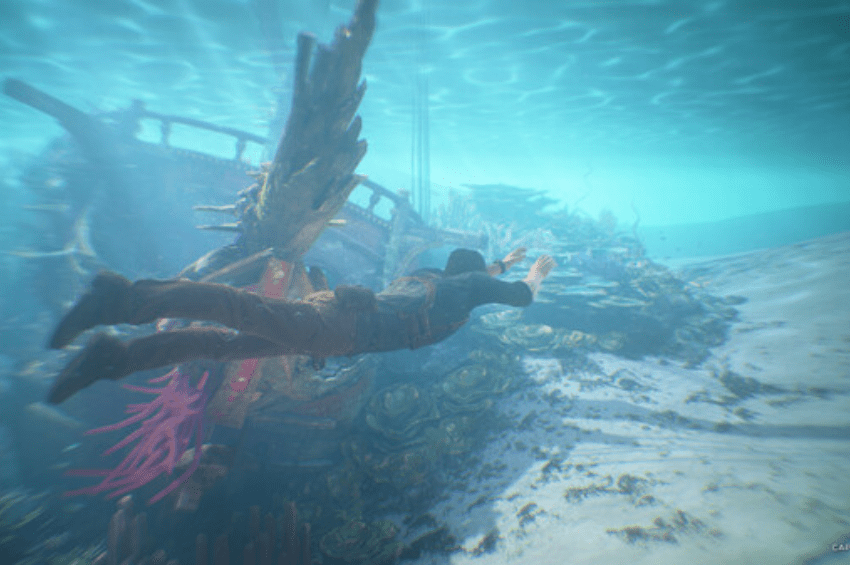 Uncharted legacy of thieves collection games discover the gripping cinematic storytelling and the biggest action set pieces in the UNCHARTED franchise, which are filled with all the humor, cunning, and outrageous antics of the two well-loved thieves, Nathan Drake and Chloe Frazer.

With Uncharted 4: A Thief’s End and Uncharted: The Lost Legacy as part of the Uncharted: Legacy of Thieves Collection, the Uncharted franchise makes its PC premiere. Do they look beautiful, are they actually enjoyable to play, and how effectively have they transitioned from platforms to PC?

It seems a little strange to review Uncharted: Legacy of Thieves Collection for the PC. Uncharted: The Lost Legacy and Uncharted 4: A Thief’s End has both been available on the PS4 for half a decade at this point. However, I never really played either of the games back then, so I thought it would be a fantastic idea to play them again on a PC.

The most crucial part of this review should go without saying: Uncharted: The Lost Legacy and Uncharted 4: A Thief’s End both operate flawlessly on PC. I was able to play both games at 1080p’s top graphics settings thanks to Ryzen 5 3600, 32GB of RAM, and RTX 3060 Ti gaming PC. Both games played flawlessly, with The Lost Legacy running at well over 60 frames per second and the majority of A Thief’s End at over 100 frames per second.

Despite not being very comprehensive, the options for fiddling with graphical parameters are sufficient. Uncharted: Legacy of Thieves Collection gives both AMD’s FSR and Nvidia’s DLSS technologies some love, and both games even give players the option to lock their frame rates at 30 for PCs that might not be able to handle the visuals at continuous frame rates.

On a PC, The Lost Legacy runs perfectly and flawlessly.

The more sophisticated choices include ambient occlusion, anisotropic filter, ambient shadows, model quality, and texture quality. Curiously, rather than having the more common on/off toggle control, the motion blur option has a slider that ranges from 0 to 10. Uncharted: Legacy of Thieves Collection serves its PC audience well overall.

Let’s move on to the review’s main subject, which is if Uncharted: Legacy of Thieves Collection is any decent.

Instead of placing a strong emphasis on gameplay, both of the games in the compilation belong more on the cinematic side of things. The gameplay is kept quite simple, there is a lot of variety in its level design, and it is primarily focused on delivering amusing stories with engaging people who are always interacting with each other. Unfortunately, this attempt to please everyone ultimately resulted in gameplay that I’d rate as being quite inadequate.

Let’s begin with the use of weapons. Uncharted has always had, at best, subpar gunplay as a franchise. But more often than not, especially on harder levels, the main fighting in these games has been a chore. The crosshair can’t genuinely tell you where you’re going to aim, enemies often feel like bullet sponges, and your firearms’ random firing patterns really make it difficult for you to aim.

I never felt like I could be too precise in a shootout while playing Uncharted 4: A Thief’s End or Uncharted: The Lost Legacy on the PC using keyboard and mouse controls. The snipers are the only fully accurate firearms among those with scopes, which are essentially the only weapons that really allow you to achieve any precision at all. Still, it seems as though the game wants you to shoot your adversaries in an ambiguous direction and, with any luck, land a hit.

Play as Nathan Drake and Chloe Frazer in their own standalone adventures as they confront their pasts and forge their own legacies. This game includes the critically acclaimed single-player stories from both UNCHARTED 4: A Thief’s End and UNCHARTED: The Lost Legacy.

One thought on “Uncharted Legacy of Thieves Collection What Games”